Meeting of Israelian Members with the Secretary General 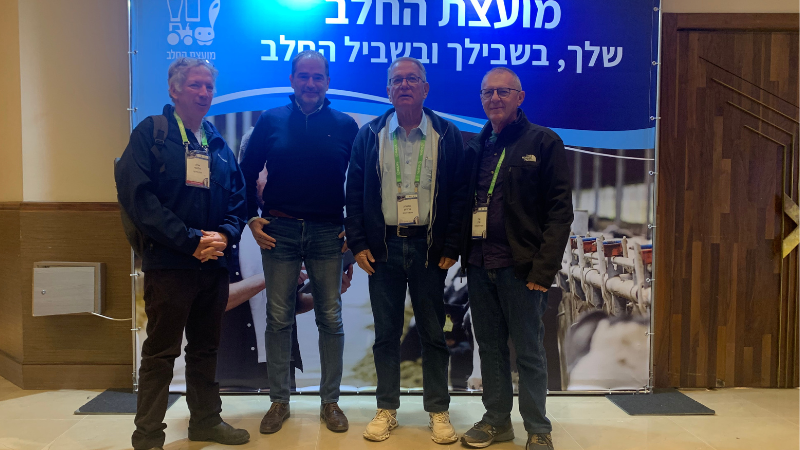 During last December, the 33rd Annual Israeli Cattle and Sheep Science Conference was held in Jerusalem. EAAP Secretary General was invited to give a speech on the future of animal production and to present EAAP activities and services to Israeli members. It was also an opportunity to discuss of future joint actions with the local representative, Gaby Adin and Shmulik Fridman, and with the Council member representing the area, Ilan Halachmi. Promising ideas and potential future plans were settled to get the highly qualified animal scientists group more involved with the rest of EAAP network. With the coordination of Ilan Halachmi other meetings were organized as with the management and scientists of Volcani Centre, the Israel’s national agricultural R&D centre. Really impressive was the level of cutting-edge science research conducted at the centre. Several appointments were also organized to visit many interesting start-up activities in the field of animal science.